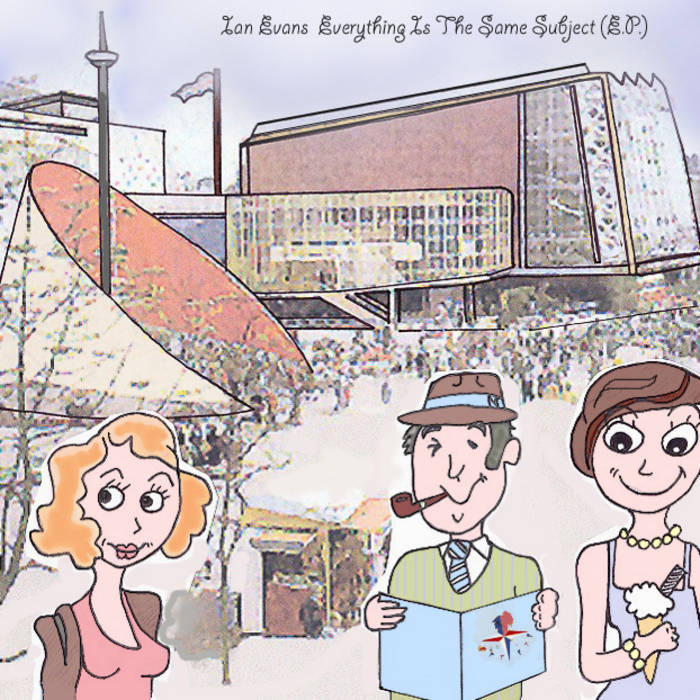 A conversation at an awkward party, set in the 1970's.

You dance for yourself and no one else
I’m fooling no one else but me
This date is just fun for you, but stressful for me…
I try to keep witty and full of conversation (just like she)
Which part of the truth would she find the most attractive?

You dance for yourself and no one else
I’m fooling no one else but me
This date is just fun for you, but stressful for me…
I try to keep witty and full of conversation (just like she)
It's relaxing when you lack desire and have market value

* “Pampas grass swingers” – Pampas grass was popular in 1970’s gardens (and jokingly referred to as a sign that swingers lived there). As a boy, I often used to cut my hands on the sharp leaves
* Supersizers – Presented by Giles Corren and Sue Perkins on the BBC, this shows the type of food eaten in different eras. I’m a big fan and was watching the 1970’s episode as I wrote the lyrics
* Wine Cup – A 1970’s cocktail made with white wine and fruit juices (usually orange and pineapple)
* Prof. Henry Morley – A famously kind professor from University College London (where I work!) He championed women’s rights and ttaught English literature from 1865 - 1889
* Nina Frances - A pretty actress from the 1970’s... She briefly appeared in Are You Being Served, but doesn’t seem to have done much else
* Widow Wadman – A character from the Life and Times of Tristram Shandy by Lawrence Sterne. Supposedly, she’s so attractive that she can’t be described by words
* The Foundry – An artistic bar at Old Street in London. It had its own art gallery, graffiti and nicknacks. It was owned by Bill Drummond, formerly of the K.L.F.
* “Community service in the Fall” – Mark E. Smith (lead singer of the Fall) is notorious for sacking his band members and giving them a hard time on tour. Community service is a minor, work-based, punishment for criminals and helping out the Fall would definitely benefit the community because they’re great! (Mark E Smith’s official biography is worth a read. He’s not a nice man I guess, but he moans in a clever way)
* Len Deighton’s Action Cookbook! - A cookery book, mentioned in the Supersizers 1970’s programme. It recommends ridiculous levels of hard spirits, when planning dinner parties!
* Joe Haines – A journalist, who wrote a disgustingly homophobic article about Freddy Mercury, shortly after his death
* “Gaunty” – The nickname of John Gaunt; another British journalist whose views I nearly always dislike
* “Void as purpose” – The philosopher Friedrich Nietzsche suggested that people, “would rather have a void for their purpose than be void of purpose.” This is similar to Sartre’s idea of bad faith (basing your life on a set opinion and imagining enemies, because you can’t accept the universe might not have meaning)
* “Free homes for gay asylum seekers!” – This was a joke article in the brilliant Viz comic (designed to wind up right wing journalists such as Richard Littlejohn or John Gaunt)
* “This date is fun for you but stressful for me…” – This is based on a thought I once had, when I was 18 and liked a girl at work. Talking to her made me nervous (as I wanted to impress her) but she was always relaxed and happy. She was a kind person but just didn't fancy me, so the situation was stress free for her :-)
* “What part of the truth would she find the most attractive?” – In general, I believe that different company brings out different sides of peoples’ personalities. That doesn’t mean that they’re being dishonest
* Market value - If you're a biologist, there are all sorts of interesting things to think about relative, "market values" in the sexual attraction between men and women (based on their different investment into gametes and reproductive potential). It explains a lot of the foundations that social relationships are built on (although not the end results of course).