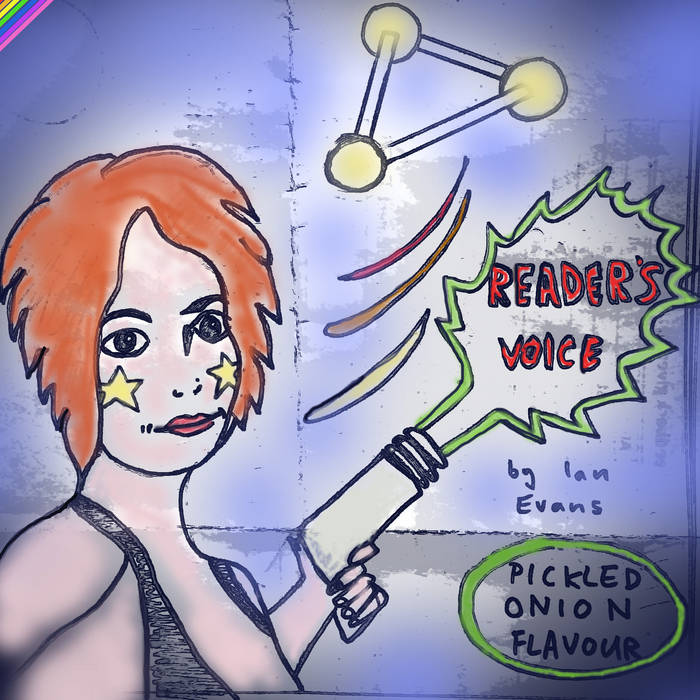 The demo of this tune was called "Galvanic Sludge", after a comically harmful/disgusting substance in an Onion article. I re-wrote it after some melodies came to me a year later, which only seemed to fit this song. It was fun to play in a scuzzier, nastier way!

The lyrics are all about things "maturing", the inevitable rotting of organic life and how death is just a part of life like any other. "Flowering", "ripening" and "blossoming" are all part of the same process and can only exist because things aren't permanent. If it wasn't for their contrast to death, we wouldn't find them attractive anyway.

You never clean out a wok or teapot
Just soak in green tea, like that girl on Sherlock
In Heston's pudding is a whole orange
So over Christmas all the juice soaks in

My toastie machine, soaked in aged, rich cheese
A guardsman's jacket, from the age of steam
A brace of pheasants racked above
Carving the half-life of galvanic sludge
Rubbing an apron in salt from the sea
Feeding a fruitcake up with neat brandy
An hourglass filled with milk and blood
I'm stuffing an oild drum with galvanic sludge

File under "Imagination: Lack of"
All things of carbon shall return to sludge

* "Head Steadiness" - I like the way this phrase scans and it was a much better title than Galvanic Sludge. (It just implies holding your head together, by accepting that all things must pass). I actually thought of it after watching a video of owls in flight, which demonstrated their crazy ability to keep their heads completely still. Look it up :-)

* "You never clean out a wok or teapot" - Both of these items are traditionally left uncleaned, so that they can soak in flavours throughout their lives. (You should just give them a wipe, rather than spoil their character with soap)

* Soaking in green tea - In the BBC series Sherlock, an expert on Chinese tea demonstrates maturing a teapot's character with green tea. I would have liked to call her a woman rather than a girl, as it sounds a little patronising, but I had to song what would fit the melody - This kind of frustrating decision happens all the time if you write songs

* Heston's pudding - Heston Blumenthal is a famous chef, known for his experimental ideas. He made a Christmas pudding for Waitrose, which contained a whole orange. As it cooked, the orange melted into the pudding. It tasted absolutely gorgeous and I'm so glad I bought one

* My toastie machine, soaked in aged, rich cheese - As a bachelor, I can't say that I bothered to clean out my toasted sandwich maker very often...

* A guardsman's jacket, from the age of steam - Steam trains smell amazing and the driver's uniforms would soak in the scented smoke

* Rubbing an apron in salt from the sea - Whale hunters would make aprons from the whales' skins, which they then matured with salt. I don't endorse hunting wales of course - far from it

* An hourglass filled with milk and blood - This imagery came to me in a dream, but is basically feminine symbolism which I won't explain away

* The students' fryer never changed its oil - When I was at university we used a deep fat frier which no one would ever change the oil in. It looked disgusting, but apparently they never stop working, no one ever gets sick from it and the chips you make taste the same

* A baby's blanket with her mother's smell - Some parents give their babies a bit of their clothing, as they recognise the smell and are comforted by it

* Yamaha resonate guitars to age - The Yamaha company vibrate some of their instruments, to artificially replicate the effects of them improving over years of "playing in"

* Resting a steak - If you do this, they keep in a lot more juice and flavour. I tend to be a bit gung ho about ignoring rules like that, but it really does make all the difference

* A poetry book splashed with crumpet stains - A quote from Withnail and I, about a book that literally soaked up the evidence of the people using it and their type of relationship

* "Died in the chalet whilst I slipped the reigns" - This is more imagery from a dream I once had, about a rotting body in a holiday chalet. I'm imagining myself escaping from death, in that one situation

* The ingrained pub smells since the smoking ban - After smoking in pubs was made illegal in Britain in the early 2000's, the ingrained smells of dirt, sweat, toilet cleaner etc. (which had been covered up by smoke) started to become noticeable. They soon fixed it

* Her hips a lyre and a ripening sun - In the book Cat's Cradle by Kurt Vonnegut he compares the shape of a woman's hips to a lyre. I'm just riffing on women's hips being a place of life and the sun also being a source of life. Traditionally, the moon is more associated with feminine energy of course

* Casu Marzu cheese - An Italian cheese that's so matured it's literally allowed to develop live maggots. I don't know if I'd have the nerve to try it. Their meatiness and the extreme maturity of the cheese caused by the enzymes they release is supposed to make it a good thing

* File under "Imagination: Lack of" - A quote from one of my favourite Doctor Who episodes Ghostlight. (The villain is defeted by his inability to accept that nothing can last forever)