The Start of the Spell

from The Start of the Spell by Ian Evans 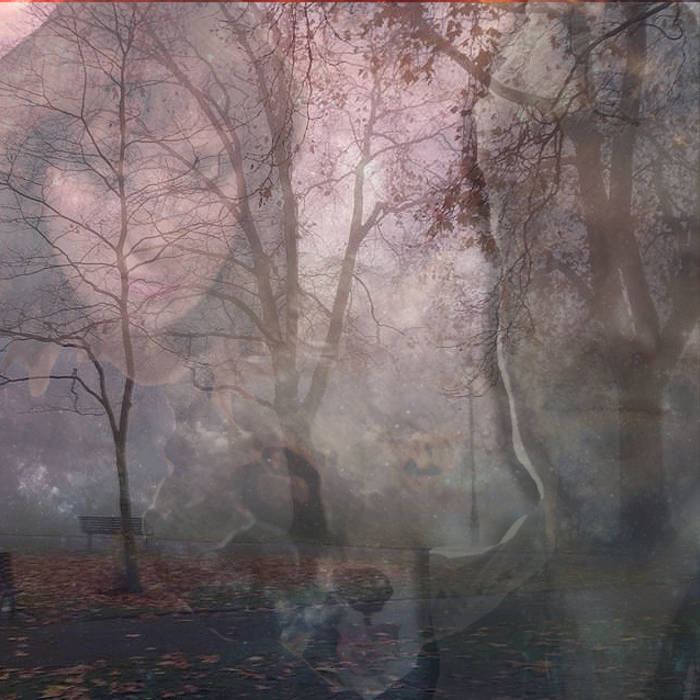 This song describes a walk around central London, lead by a fox spirit guide. If you'd like to do the walk in real life just go to the Coal Hole pub on the Strand and follow the directions in the lyrics. Some of the locations have changed since I recorded the song, as is typical for London :-)

Apprentice: Why have we met here at the Coal Hole? There are better pubs along Fleet Street, I’d think

The Urban Fox: It’s as good a start as any…. See the Savoy Hotel to our right, where Manet kept a room. Traffic runs backwards outside its entrance. We will cast a spell to change our perceptions also…

Apprentice (to the barmaid): Just a filter coffee please. We’ll be drinking later I think, along our journey…

Fox: I am an urban fox and I will lead you on an adventure now. Hold an A-Z in your hands at all times, to protect you…. You should bring spending money, stout shoes, a scarf (if in season) and an intention to soak up and enjoy anything that you see…. The ritual can only state some of the things that will be unearthed whilst following it. Everyone’s experience will be different. Food and drink will be recommended along the route. You must take the street directions as they come…

Keep Nelson in sight and walk forward, passing the RAF
Stanley Gibbons
The Dr Who stamp shop
Arkright’s plaque. A kindly man
Royal Society and the grand Adelphi Building of Savage Clubs. I know them from Adam.
We will hear of Etty later, and he lived on Buckingham Street
At the same abode as Pepys, in sight of the now dry docked steps

Pass Gordon’s garden. Now keep a cast obelisk to your back, as you walk Viller’s street

Under the arches: A pub split in two, South African food, New Player’s Theatre, Ben Franklin and Melville’s Houses too
Coutt’s Bank and the Station of her cross – Davenport’s dark place is beneath our feet now And can you feel its mystery passing up through us?

Talk to Wilde for strength and pass him to Maiden’s Lane. Oriental medicine
Rule’s own game reserve and Lilly Langtree’s curves sat here
Maple Leaf?
Stop for a half at the Porter House. Paying respects first, to the tiny man in the doorway sculpture
Voltaire’s strength charges us here, And the blood of Terris (dying near)
Nell Gwynn is well hidden
At the Convent Garden: Frenzy, Pollock’s, Actor’s Church, Lovely!! Donkeys

Keep the opera to your back, to push us up Garrick Street
Anne Frank’s tree is outside the round pub, where we must pay respects
At the Lamb and Flag, it’s worth having another half yet

Cyber Candy has sweets from Japan
There’s a building of awesome beauty to your left, of which I know not a name
Behind us a Nash-esque folly on high
Up Floral Street is the Tintin shop and Stanford’s – saved from fire by it’s OS Map piles
St. Martin’s is next, where Stringfellow creates ugliness with beauty and the Ivy produces good food for mixed classes
Seven dials for seven villains perhaps, which Agatha at the Mousetrap (passing us now) almost wrote lots

If it hasn’t been destroyed by the East London Line works, the number 666 will be engraved on the ground (as you walk south down Charring Cross Road now)

Down Denmark Street to window shop
Pass on Jagermeisters at the Intrepid FOX
This Rookery was where, “Your Song,” was written
And was the tin pan home of the first Forbidden (Planet)

Turn right past the Phoenix Bar (which you can enter if you have an equity card)
Designed by Sir Gilbert Scott (Noel Fielding’s haunt of course, not a telephone box)
Cross Charring Cross Road when you see the Tam O’ Shanter sign
Walk past Jarvis’s college and Foyles (a book shop with a piranha section)

To your right is Kirstie McColl’s bench in Soho Square
Walk down Greek Street now to Old Compton
A shop called Maison Bertraux sometimes gives away cream cakes here, at 1am
Walk right to Frith Street and view the Mozart and TV plaques, Bar Italia and Ronnie Scott’s
(which you should return to at night some time)
Have breakfast now (if you’re hungry) at Patisserie Valerie. I would recommend the Eggs Benedict, whose cooking is exquisite
Continue down Old Compton and choose a bottle in Gerry’s carefully, opposite carvings of ships overhead. Don’t buy anything too heavy for your mission
The 3 I’s caff was where Beatle boot wearers would hang out. They only drank milk and coffee in those days
Go right, passing the A Bomb in Wardour Street
Wardour Street prose is, for example, the word, “anent”
Hammer House (of horror) is here
Noel Street crosses Berwick Street of fruit and sex
Louise Vines’ mural on Shelley’s House is on Great Marlborough, where you’re heading next
Beyond Retro should have a good shirt to try
Look in at Liberties now, with their Paisley ties

from The Start of the Spell, released December 1, 2014
Everything played and sung by Ian Evans, except the female vocals by Liz Evans. Thanks to Helen Taylor for taking the original cover photo.