Working for the Queen

from Lapsang Souchong by Ian Evans 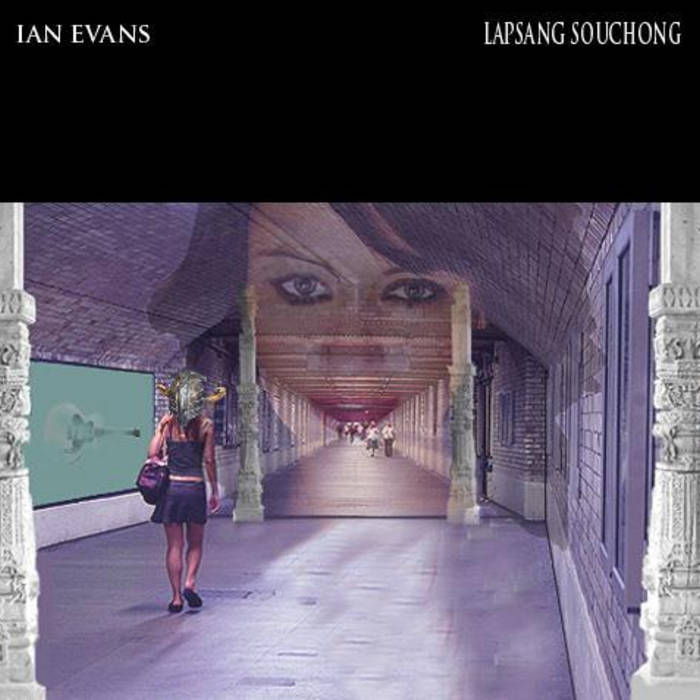 Took shilling: working for the Queen
A cat sleeps on the photocopier where I work
By my account, the villain must still be in the room now
Her crown can’t tumble, in a frenzy of Tong kukris

Port please and a morsel of cheese as I scan the books
There’s a matter more grave if you take a look, than gravy
Priest holes (with other priest holes hidden inside of them)
Which were dug up by we awesome gentlemen
Mr. Creek and Ms. Brundage
Being with other bees in the hive, we all have the same Mother Britain to lead on
And I’m chosen to soldier on

The duck press at the Savoy hotel
Next to Disraeli’s meetings - planning schemes as well
Hedges and Butler with V.R.
Alice is marrying one the guards now
By my account, the villain’s working for the Queen as well
Grad student projects in consulting detection

Looking back to my journals, I see that it was an unusually cold morning in the November of 1892. I'd recently returned from a case in Jamaica, and was unaccustomed to the bitter chill of the Old Brompton Road. Kind readers will recall that horrific case of the mechanical skull - owned by the pirate Higgins of ill fame. As usual I had become engaged by mistake, to a young friend of my aunt Yvette, and that had left me with something of a reputation for cheekiness on the island. Under strict instructions to extricate me without causing offence, my maid had a dickens of a time forging papers and convincing the swooning beau of my unsuitability as a fiancé. As she explained, the Sultan of Morocco had himself offered 12 camels for me, but had then fainted in disgust at my unladylike lack of a corset.

As I approached the Museum, I was taken by a considerable desire for a pork pie with some mustard, and a pint of Guinness. In a moment I'd crept into a café and secreted myself at a table, my head full of the mystery that had been presented to me. The curator of the Knightsbridge Crime Museum had for many years been in possession of a kissing couch, said to have once born the weight of the murderer Paul Johnston. When the aforementioned had appeared at my office, I took the liberty of viewing him by clandestine periscope as he approached my doorknocker. Never have I seen a client in a more pitiable state of temper... I am a slight lady and, although skilled in Eastern wrestling, I cunningly hid my father's swordstick behind my back. I was fully prepared to offer the assailant a chance to taste my fists, but my surprise was great when I discovered that this brutish and dishevelled oaf was the curator of such public service. It was he who paid for my council, and I confess to wondering as to the cause of his horror, as I munched my pie.

The Crime Museum is within walking distance of a corner shop, so I was pleased to feel the comfort of a chocolate bar in my be-mittened hand, as I viewed the evidence. As the curator recounted, the sinister couch had been seized from Johnston's grasp as he attempted to engage its lethal arms. True to its masters nature, I was unsurprised to find that all the mechanical apparatus for the disposal of a human form were concealed beneath the Arabic cushion of the second seat. As I tested one of the steam-powered arms with a mitten, I shuddered at the thought of the merciless springs and greased blades within. The mechanism struck me as the mouth and arms of a giant squid (over which it would be unwise to rest oneself) and the wooden chest beneath contained a pile of socks - all that was left of the unfortunate museum staff who had been drawn in.

After dinner, my client regained his famous impression of nobility and I was pleased to see his horror averted. I was blessed with a fine payment and a choice of any item from the museum, as payment for my daring do. I'm afraid I had become very grumpy whilst wrestling the machine, and had complained bitterly at being lodged upside down for so long, my gallant companion holding my ankles. I still blush at the thought of my own language as I lost my hat, and I sat through dinner smudged with mascara and with my hair quite like a birds nest. As payment I chose a new hat.

from Lapsang Souchong, released July 12, 2006
Ian Evans everything, except for female vocals by Karen